MiDAS has been a thorn in the side of the state’s unemployment benefits program, with people getting calls from clients unable to resolve issues with the system. A major flaw with the system is that it can over-flag non-monetary issues, delaying eligibility investigations and invalidating claims. The new system is designed to address these problems, but it still has its drawbacks. The unemployment agency director acknowledges the repercussions of earlier design flaws, saying that human staff must review all claims for fraud.

The Michigan UIA allegedly failed to prevent fraud during COVID-19. A sample of 61 former employees showed that 42 had not had their accounts disabled and could access state and taxpayer information. Another thirty-one still had access to devices that allowed them to remotely log into Michigan’s unemployment system. The UIA hired a national consulting firm, Deloitte, for a forensic review of the agency.

UIA leadership claimed to be prepared for the COVID-19 disaster but then squandered billions in assistance funds for out-of-work Michigan residents. Despite assurances from leadership to the Senate Oversight Committee, the agency failed to act on a U.S. Department of Labor finding for nine months, according to an audit by the Michigan Office of Auditor General.

The unemployed in Michigan are receiving overpayment notices from the state’s Unemployment Insurance Agency. The agency paid more than $3.9 billion to 400,000 individuals in overpayments. Some of these people were able to recover their overpayments by filing for a waiver. However, some may not be able to recover their money. For example, a Metro Detroit wedding photographer who is entitled to receive unemployment benefits may have missed a few days of work and received a notice from the Unemployment Insurance Agency claiming she had overpaid. In addition, an audit by the Auditor General revealed that UIA used criteria for the pandemic unemployment assistance program that were not federally-compliant. While the report did not name names, it outlined the reasons why Michigan has waived overpayments.

The UIA is working to suspend collection activities against the overpayment notices for Michigan unemployment insurance claims while it review its waiver process and eligibility categories. However, this does not help the thousands of Michiganders who are still waiting for their benefits. This includes those who received benefits but were forced to stop working because of erroneous claims and unpaid health benefits. Many of them are still waiting to get their benefits, and they may not have to wait any longer to get them.

According to the Michigan Unemployment Insurance Agency, nearly $8.5 billion in fraudulent claims was paid in 2018. The largest portion of these payments went to fraudulent claimants using stolen identities or in-person impersonation. A separate report by Deloitte LLP found that nearly a quarter of these claims were made using an actual name. However, it is unclear whether these people deliberately cheated the system or were merely acting in an unsavory manner.

The UIA has admitted that its website crashed twice in the last 30 days during COVID-19. There is no immediate explanation as to why the crash occurred, but it’s certainly not the first time this has happened. Many people have been unable to contact the agency due to long phone lines, and most people find the website confusing. This may be why so many have had trouble submitting their unemployment claims.

The issue has raised questions and concerns about UIA’s performance. While the agency is committed to improving its services, it has been suffering from high volumes of traffic. This has caused the UIA’s website to crash during peak periods. This has led to a huge backlog and many people not being able to access their information. Moreover, many are being denied benefits due to delays in receiving their benefits.

UIA’s determination of eligibility for benefits

If you disagree with a UIA’s determination of your eligibility for Michigan unemployment benefits, you can appeal the decision. The UIA will send you a Notice of Determination detailing the facts of your case, legal standards applied, and reasons for your Determination. This notice will also explain how much weekly benefit you will receive and for how many weeks. Whether you choose to appeal or not depends on your unique circumstances.

While the UIA has announced its intention to review the eligibility categories for Michigan claims, the agency has not yet revealed its plan for the blanket waiver process or adoption of the federal standard. The Agency’s press release doesn’t contain much detail, but it does state it will halt collections until May 7, and it does not mention the existing wage garnishments or overpayments to other states. If you disagree with this decision, you can contact the UIA’s legal team.

UI tax is paid on the wages of an employee up to a certain amount. In Michigan, the taxable wage base varies each year. Since 2012, the taxable wage base has been set at $9,000 for new employers. This amount may differ slightly for employers in the construction industry. The rate for established employers is lower, but still higher than that for new employers. The amount paid to the unemployment insurance fund depends on the chargeable benefits component of the employee’s wages. 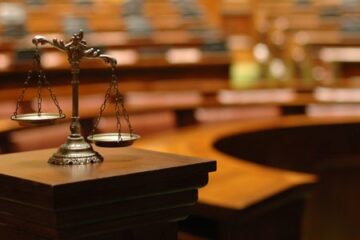